“The central question upon which all creative living hinges is: Do you have the courage to bring forth the treasures hidden within you?” With this entreaty, author Elizabeth Gilbert introduced her recent bestseller Big Magic: Creative Living Beyond Fear, which offered an artistic cure for an anxious American culture.[i] Speaking directly to widespread feelings of disaffection and powerlessness, Big Magic romanticized artistry in Gilbert’s signature blend of sentiment and cliché––packaging familiar views (human creativity, divine creativity, etc.) with a self-help twist about creating one’s “self” in new and better ways.  While one easily can write off Big Magic as yet another feel-good advice book (which it surely is), I think it’s time to take Gilbert’s approach to creativity seriously and ponder why such ideas now get so much traction. 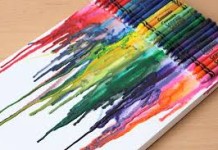 Publicity doesn’t hurt. Reviewers effused over Big Magic as a “book-length meditation on inspiration” (Newsday) to “unlock your inner artist” (Woman’s Day) and “dream a life without limits” (Publishers’ Weekly).[ii] This message resonated well with the rising chorus promoting creativity as an innovation engine and economic tonic.  While no one would dispute the positive benefits of a little artistic dabbling, at what point does such wishful thinking begin to border on delusion? Or put another way, when does fantasy paper over reality? Might it be that America’s fondness for make-believe is party behind the nation’s political confusion and disaffection? Do fairy-tale versions of life infantilize a citizenry that should know that answers don’t always come easily?  Certainly the fantasy-version of reality offered by certain politicians would fail any thoughtful analysis. But instead, many leaders continue treating their constituents like children, with entire governments encouraging populations to set worries aside and simply “Be Creative.”

In Magical Thinking and the Decline of America, historian Richard L. Rapson took a long look at the nation’s romantic idealism. “Probably in no other society of the world can one write the script for one’s life as completely as United States. This fact has made the nation the ‘promised land’ for much of the world over the past two centuries,” Rapson wrote. “The flight into endless self-improvement and innocent optimism has a long lineage in our past.”[iii] Perhaps anticipating Donald Trump’s “Make America Great Again” sloganeering, Rapson pointed to the disconnection between America’s self-image as an “exceptional” driver of human history, and the growing evidence of the nation’s falling fortunes. This has led to what Rapson described as a growing “flight from knowledge and reality into faith and fantasy,” resulting in large part from “an American public increasingly in thrall to the fairytales told by the mass media.”[iv]  It also promotes a “cultural fixation on the individual, the personal, the biographical, the confessional, and, all too often, the narcissistic,” and hence the rise of new “magic words” like “self-awareness,” “personal growth” and other aphorisms promoting everyone to “be all that you can be.”[v]

Individualism lies at the heart of American idealism, dating to the country’s Enlightenment Era origins, when the autonomous subject was invented as a counterpoint to deific and royal authority. Necessary as individualism was (and remains), no one could have predicted how its value could be magnified and distorted in neoliberal times.  The initial affirmation of personal identity, which encouraged people to vote and participate in society, soon morphed into “striving to get ahead” and “winning at any cost.” Eventually the “self” would become an American obsession of theological proportions. “The purpose of nearly all the current gospels is to put believers ‘in touch’ with themselves,” Rapson further explained.[vi] This new brand of secular “faith” also comports well with the religiosity many Americans still profess, especially evangelical strains that promise economic gain to dutiful worshippers.

Idealistic beliefs and magical thinking also have scientific explanations. Brain scientists often distinguish between two kinds of “cognitive style” in the ways people think about and make sense of the world: reflective and intuitive thinking. Reflective thinkers tend to be more considered and cautious in forming judgements. Intuitive thinkers are more likely to reject logic and accept “uncanny” propositions. The intuitive person often is prone to what psychologists Daniel Kahneman and Amos Tversky termed the “conjunction fallacy,” in which is when connections are assumed between rationally unconnected situations.[vii] Studies have shown such patterns in people who believe in mind reading and astrology, for example, and they might well be behind the mystical attraction of creativity.

But let’s get back to Big Magic. Written in memoir style, the book is reminiscent of Gilbert’s break-through bestseller Eat, Pray, Love, in which the author left a monotonous married life and then travelled the world––savoring food in Italy (“Eat’), discovering spirituality in India (“Pray”), and finding a hot Brazilian boyfriend (“Love”).[viii] While many readers found the book inspiring, others thought it smacked of class privilege. Big Magic offered more of the same, while also zeroing-in on feelings of insecurity common in the 2000s. Many people want to be “creative” (especially with all of the recent hype), but also feel they just don’t have it in them. To Gilbert this is all about fear. “You’re afraid you have no talent. You’re afraid you’ll be rejected or criticized. You’re afraid your work will be taken seriously. You’re afraid of being a one hit wonder,” she wrote.[ix] The solution is all about spreading your wings, flying free, and letting your inner artist emerge. “You don’t need anyone’s permission to live a creative life,” she concluded.

Gilbert wasn’t kidding about the “magic” in all of this. The book was peppered with quirky anecdotes about strange coincidences and unexpected flashes of insight. “When I refer to magic here, I mean it literally. Like, in the Hogwarts sense. I’m referring to the supernatural, the mystical, the inexplicable, the surreal, the divine, the transcendent, the otherworldly. Because the truth is, I believe that creativity is a form of enchantment,” Gilbert wrote.[x] But when she got down to the nitty-gritty of how to actualize this process, her story would make creative economy fans blanch. After debunking myths of aesthetic genius in the name everyday (“genuine”) creativity, Gilbert dove into a starving artist narrative. “Here’s what I did during my 20s, rather than going to a school for writing,” she began: “I got a job as a waitress at a diner. Later, I became a bartender as well. I’ve also worked as an au pair, a private tutor, a cook, a teacher, a flea marketer, and a bookstore clerk. I lived in cheap apartments, had no car, and wore thrift shop clothes. I would work every shift, save all my money, and then go off traveling for a while to learn things.”[xi]

“Here’s a trick: stop complaining,” Gilbert advised: “First of all, it’s annoying. Every artist complains, so it’s dead and boring topic.” Contradictions notwithstanding, this attitude has a number of downsides. For one thing, it celebrates backward attitudes toward creative labor: film crews hired on a project-basis, occasionally published writers and journalists, web-designers working in coffee shops, and adjunct college faculty hired one course at a time.  Rather than questioning this negative pattern, Gilbert‘s exhortation to “stop complaining” does just what tight labor markets have always done––by putting all the blame on the individual. The message is that with just a little more persistence, hard work, or “courage” the wondrous “magic” will arrive. In other words, Big Magic told readers to embrace the mystifying operations of the creative economy in the belief that enchantment will provide a reward for their extreme effort, sacrifice, and transcendental faith. Never mind that corporate boards are reaping fortunes while underpaying employees, or that things could operate in a different way. In the highly individualized world of magical creativity, workers never see themselves and a unified pool, and, in fact, often never see each other at all. Control becomes internalized as work shifts to the psyche itself. Meanwhile, would-be creatives are told to worship the system and do anything they can to gain admission.

Historically, this contradiction was explained in Marxist theory as a simple fact of capitalism––as the structural advantage of employers plays out in the “lived experiences” of the labor class and its subordinate self-image. Caught up in the here-and-now of getting work and doing a good job, workers tended to forget their inherent disadvantage and unwitting supported the system. The difference today is that this failure to recognize what is really going on has moved well beyond the workplace itself, now reinforced in the “institutional apparatus” of school, media, consumerism, and social interaction, not to mention the continuing privatization of formerly public accommodations provided by government. The persuasive surround of culture now has become economized in the way Michel Foucault described as a dispositive––defined as a “thoroughly heterogeneous ensemble consisting of discourses, institutions, architectural forms, regulatory decisions, laws, administrative measures … the system of relations that can be established between the elements” [xii]

In Creativity and Other Fundamentalisms Pascal Gielen dissected the deep transformation of public consciousness occurring as “creativity generates a new ‘faith’ not unlike prior faith in art.”[xiii] Increasingly isolated from each other as “atomized individuals,” the new creative subjects often find themselves “lacking the traditional grounding that institutions used to offer.”[xiv] This lure of the new fundamentalism is strengthened in the fast-paced and ever-changing world of commercial creativity, where workers find themselves without a voice or a sense of job continuity.  Gielen explained that “with no clear idea of the future, creative individuals are bouncing from one wave to another.” Online connectivity, so often seen as a blessing, only makes anxieties about the future worse. “Anticipation is central to high speed networked society, both in investments and in keeping up with peers, trends, new products. This produces a lack of depth, continuity, history, memory, stability, and solid social connection. Networks destroy permanence and the essence of actor-network theory, which is communication,” Gielen observed.[xv]

This leaves many Americans frustrated and angry about a problem they cannot name––often lashing out against anything or anyone they can blame: government, immigrants, each other, or even themselves. It also provides a perfect set-up for super-hero leadership figures proffering quick fixes, or magical cures like those promised by creativity. The postmodern blurring of fact and faction doesn’t help matters either, as critic Dana Polan once pointed out. In a post-truth age of “fake news” many people find themselves in a quandary over what they can believe. Unlike the industrial age, “Here ideology may have as a function less to reproduce productive relations than to disenfranchise workers by offering no interpelative space,” Polan wrote.[xvi] This environment supports “dominant power by encouraging a serialized sense of the social totality as something one can never understand and that always eludes one’s grasp.”

[iv] Magical Thinking and the Decline of America, p. 21.

[v] Magical Thinking and the Decline of America, p. 20.

[vi] Magical Thinking and the Decline of America, p. 131.

[vii] “How Come Some People Believe in the Paranormal?”

[xiv] Creativity and Other Fundamentalisms, p. 36.

[xv] Creativity and Other Fundamentalisms, p. 25.