Heard about Generation Z?  The demographic growing up in the 2000s? It’s a bigger group than Boomers or Millennials–––and it has one further distinction. “Members of Generation Z are ‘digital natives’ who cannot remember what it was like not to have access to the Internet –– no matter when, no matter what, no matter where,” according to Forbes Magazine. This is a group raised on networked “connecting” with others, sharing, and buying things. It’s second nature to Gen-Zers to upload their favorite music on YouTube, post images on Facebook, and sell things on Etsy or eBay. Much is being made in creative economy talk of how networks now blur traditional producer/ consumer roles, manifest in the new figure of the “prosumer.” In Wikinomics: How Mass Collaboration Changes Everything authors Don Prescott and Anthony D. Williams effused over the democratization inherent in the new “Openness, Peering, Sharing and Acting Globally.”  Of course, there is nothing really new about home-made items, crafts, and people’s willingness to share. What’s different today is the ability to copy digitized materials and circulate them via electronic networks. Digitization also has made Generation Z the first demographic to be completely tracked by “big data” analytics. 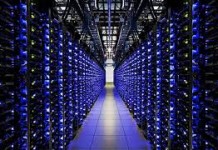 Some creativity industry experts argue that this is nothing short of a revolution, driven by ongoing change more than any clear future. Evolutionary economist Jason Potts and collaborators have proposed what they term “Social Network Markets” unlike the top-down models of industrial capitalism.  Characterized by fluidity and exchange through complex fields of actors, the new social network markets are less governed by competition and profit than by communication and preference. Participants are “Not ‘buying’ the property, but buying into the social space.”  Moreover, the dynamics of these new markets are highly interactive. As the Potts group put it, “a social network is defined as a connected group of individual agents who make production and consumptions decisions based on the actions (signals) of other agents on the social network: a definition that gives primacy to communicative actions rather than connectivity alone.”  Almost by definition, this process rules out conventional manufacturing or professional services. Instead, the networks generate value through production and consumption of network-valorized choices.”

The beauty is that much of what is online now is free––seeming to arrive just in time in a tight economy. While a lot of the “free” stuff available online is user-generated (selfies, birthday announcements, anecdotal postings, etc.), a huge volume of material comes from other sources (news outlets, filmmakers, commercial music producers, artists). On the surface it looks like old Marxist doctrines are being reversed as items seem to be “decommodified” in the sharing economy. This idea has become an anthem of resistance in some circles. The Burning Man Festival, to take one example, has stated: “When we commodify we seek to make others, and ourselves, more like things, and less like human beings.  ‘Decommodification,’ then, is to reverse this process.  To make the world and the people in it more unique, more priceless, more human.”  This may be all well-and-good in the real-life sharing of food and weed at Burning Man. But when things get virtual, it’s usually a large corporation that owns the websites, servers, and networks that make sharing possible.

But let’s not get ahead of ourselves. To understand who gains and loses in the sharing economy, a bit of recent history is useful––especially as it affects creative people. Two decades ago, the global recorded music industry was a $40-billion enterprise, based largely on the sales of CDs.  But in 1999, an upstart company named Napster stumbled upon the idea of using then-obscure peer-to-peer (P2P) file sharing to freely circulate MP3 files. Initially focusing on hard-to-find bands or bootleg concert recordings, Napster arrived just at the moment when high-speed networks were proliferating on college campuses and the consumer market. In a little more than a year Napster had over 70-million users. Lawsuits and copyright prosecutions soon followed, with Napster effectively shut down in 2001. But the premise of online sharing was unstoppable, with “legal” downloads available (sometimes through subscriptions) through such sites as Jamendo, NoiseTrade, and Soundcloud, as well as the quasi-legal stripping of music from videos on YouTube (now owned by Google). By 2014 music industry sales had fallen 65 percent––to below $14-billion.

The Napster story would soon replicate itself across nearly every form of creative media––from movies and video to newspapers, magazines, and books. The wide scale digitization and online rendering of creative products of many kinds resulted in shrinking revenues to makers, even as consumption rose. Movies have seen such declines, with DVD sales dropping 5-10 percent every year for the past decade. While some of the lost revenues have been recaptured by services like Amazon, iTunes, and Netflix, commercial streaming formats return but a tiny sliver to makers of products. The news isn’t any better in print media, where U.S. newspaper advertising has fallen from $65-billion in 2000 to less than $20-billion in 2015. Sales of print novels are down 37 percent for the same period..  The number of bookstores has dropped by 20 percent, led by the closure of the 600-store Borders chain. This means that the digital revolution has been very bad news for musicians, filmmakers, and writers––despite the claims of the creative industries. As Jonathan Tapin recently put it in his book, Move Fast and Break Things, “More people than ever are listening to music, reading books, and watching movies, but the revenue flowing to the creators of that content is decreasing while that revenue flowing to the big four platforms is increasing.”  The big four platforms are Amazon, Apple, Facebook, and Google.

“The deeper you delve into the reasons artists are struggling in the digital age, the more you see that Internet monopolies are at the heart of the problem and that is no longer a problem just for artists,” Tapin added.  This matter has obvious and not-so-obvious dimensions. The biggest lies in the monopolistic grip these companies now have on the internet and what gets exchanged. Google has an 88 percent market share in online searches and search advertising, Amazon commands 70 percent of e-book sales, and Facebook holds 77 percent of mobile social media. Because all of this has happened so quickly, regulators and policy experts haven’t figured out what to do. These monopolies don’t work like old ones did, and they also invest heavily in lobbyists and election campaigns. When you think about the fact that Google owns YouTube, it’s clear that Google is now the dominant source of music, and a big part of movies, too. Amazon doesn’t just make a few pennies from the books it sells. The company’s huge influence allows it to squeeze publishers and entertainment creators (all sellers, for that matter) for cheaper wholesale prices. And because internet sales were not initially taxed, both companies began with a 5-10 percent profit advantage as they were starting. But that’s just the tip of the financial iceberg.

The sale of actual products is but a fraction of the unseen market for user data: the online traces of your mouse-clicks, favorite sites, browsing patterns, and purchases. While data-as-commodity is not widely understood, many experts see it as a rising market–––and possibly the greatest fiscal driver of the next century. The European Union recently has said that “Data is rapidly becoming the lifeblood of the global economy. It represents a key new type of economic asset,” with Forbes Magazine forecasting the $130-billion market for “Big Data Analytics” mushrooming to $203-billion in 2020.  Ever wonder where Facebook and Goggle make their money? Sponsored sites or pop-up ads, you say? Nope. These two massive companies are the world biggest and most competitive players in the sale of your online footprints. Wired Magazine calls it “The Big-Data Goldmine.” Best of all, your saleable personal data is delivered at no cost to the big four, and others. Not only that––and think about this––but you, your postings, and all of your online “friends” build all of this on a completely voluntary business. As Taper sardonically pointed out, Facebook’s “Mark Zuckerberg’s greatest insight was that the human desire to be ‘liked’ was so strong the Facebook users would create all content on the site for free.”

Maybe the shift is inevitable. “The march of quantification made possible by enormous new sources of big data will sweep through academic, business, and government,” wrote Harvard’s Gary King, adding, “There is no area that is going to be untouched.”  As online merchandizers record one’s every mouse-click and highway sensors track automobile movements, there may be no going back. The question is what to do about it. Business analytics expert Brad Peters has stressed the relational character of data collection and use. While it is commonplace to hear of companies unilaterally absconding with people’s spending histories, Peters points out the fragility of this relationship. “The manufacturer or service provider can no longer (as with mass customization) ask for a one-way flow of information from the customer. Now for the first time it must send valuable information the other way.” Otherwise, consumers will unsubscribe, shop elsewhere, or revolt en masse.

The “trust gap” between individuals and data collectors is a growing concern, both within the U.S. and around the world. According to the multi-billion dollar Boston Consulting Group (BCG), surveys of 48 countries show distrust levels of big data averaging 76 percent. In a report entitled “Why Companies Are Poised to Fail with Big Data,” BCG said that only one in five consumers believe companies “do the right thing” with information collected, and are now demonstrating that “they will ‘vote with their feet’ –– stopping or significantly reducing spending –– if they believe that a company has misused data.”[xviii] Observers like Peters are counting on an informed citizenry to remain watchful, warning that “Big Data has the potential to totally transform the relationships that individual have with institutions, customers with companies, patients with the healthcare system, students with universities, and voters with government.” In other words, mega-data is changing the entire social contract. This makes it all the more vital to maintain discourses of criticality in the humanities, arts, and social sciences to help keep alive alternatives and critical perspectives.

The main problem with big data is its invisibility. Consumers may have suspicions about what data-merchants are doing with information, but aside from Amazon’s “You might also like” pitches, evidence is hard to see. It’s tempting to label this obfuscation a form of false consciousness. But what’s going on in the new millennium is more complicated. Social critics got it right when they said that education might help fix this problem. But reactionary solutions of teaching “truths” over “falsehoods” only went so far, as the business world found ever more clever ways of offering what people wanted.  While intentions of helping people see themselves as a “class” might have been feasible in the industrial age, group solidarity also has gotten harder to promote in an age of rising individualism. Intellectualized analyses couldn’t break the hold of American capitalism in any broad sense. Aside from turning many off with its dogmatism, this corrective approach also didn’t give people much credit for thinking on their own––which was exactly what consumer society had figured out how to do.